The smaller the details, the stricter the requirements for cleanrooms. Companies in the supply chain of ASML and others are also aware of this. In the meantime, the standards for the chain have shifted to contamination by particles down to the molecular level. To manufacturers of cleanrooms to respond to this development. As does ProCleanroom in Valkenswaard, including the development and production of ultraclean storage cabinets and cleanroom solutions for the most critical processes.

Clean, cleaner, cleanest. Down to the molecular level 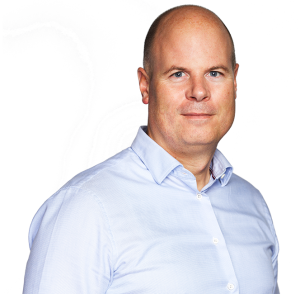 Still remarkable, thinks Niels Ferguson. ProCleanroom, the company of which he is director-owner, has its origins in vacuum technology. And let that same technique be the theme more than ever for companies that are looking for ways to produce, assemble or clean as cleanly as possible. “We have a great affinity with it,” says Ferguson, who focuses with ProCleanroom on the development, production and installation of flow cabinets and cleanrooms. “The knowledge we built up then will come in handy now.”

More about the role of ProCleanroom later. Because let Ferguson first outline recent developments, he suggests, from the perspective of ASML. This chip machine manufacturer sets high standards for cleanliness and in such a way that the GSA cleanliness grades, in which ASML’s cleanliness requirements are described, lead the market when it comes to cleanroom activities. Grade 4 used to be a standard in the chain for a long time, about six years ago the standard slowly moved to grade 2 and for two years now, the highest standard grade 1 has been required. With those stricter guidelines, it is no longer just about pollution by particles. Instead, the focus on molecular contamination is greater than ever.

With the current standards, ASML’s supply chain has changed considerably in terms of cleanliness, says Ferguson. For years, the cleaning service providers provided cleaning and packaging according to grade 4 standard for companies in the chain. That changed when the volumes for suppliers increased, and it became interesting for second- and especially first-tier suppliers to do many of the grade-4 activities in-house. Many cleaning service providers now focus mainly on grade 2 and grade 1 in order to continue to distinguish themselves. Intended for the high-end activities that companies now prefer to outsource.” The international standard ISO 14644-1 specifies, among other things, the limits for the maximum airborne particles present in cleanrooms per classification. But beware, emphasizes Ferguson: ASML’s grade 4 does not equate to ISO class 4. ‘Grade 4 is achieved in a cleanroom environment with ISO class 7, for a grade 2 process an ISO class 6 or ISO-class 5 environment is typically needed. So there is a correlation. For the ISO classifications, the maximum concentration of particles per step decreases logarithmically by a factor of 10 each time.’ 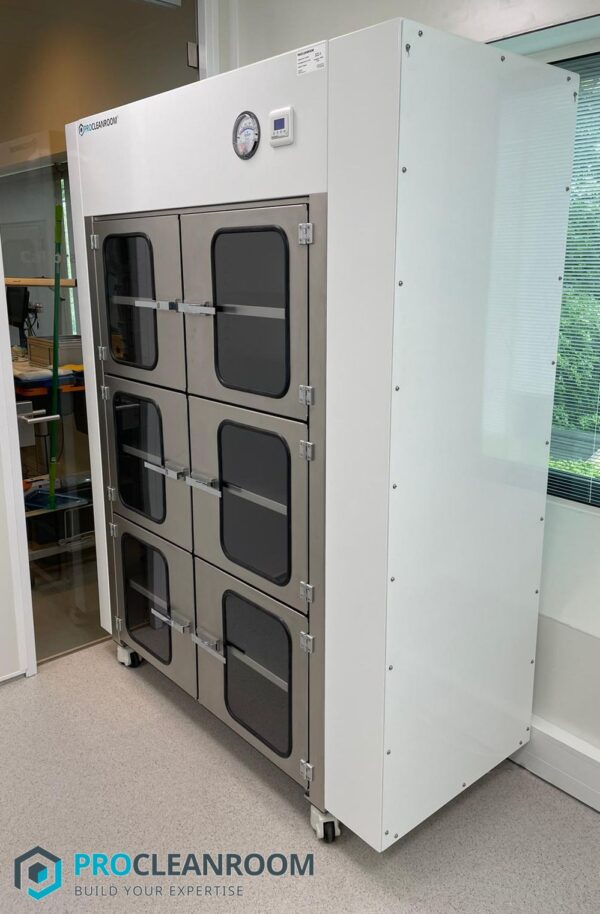 Time to zoom in further on ASML grade 1. In other words, on the requirement that companies in the supply chain must perform their activities or have their activities performed in a clean manner, down to the molecular level. First of all, it requires the right foundation, says Ferguson, who starts with a closed room. “You want to prevent the intrusion of contaminated air. As a result, you quickly end up with a cleanroom constructed of panel systems in which ours are provided with a clean safe coating. The walls can therefore be cleaned quickly and contamination hardly adheres to them.’ In addition to separation, degassing of used materials also plays a role. Ferguson: ‘Think of flexible PVC curtains. It contains plasticizers; what you smell are molecules coming from the material. Not visible, but harmful to some processes.”

Optimal cleaning of components can be done, among other things, by baking them out. During such a bake-out cycle, parts are heated and degassed in a high-vacuum environment, which ensures extreme cleanliness of the parts. An RGA (residual gas analyzer) can then measure the extent of the molecular contamination. Such an RGA and bake-out; for Ferguson, the tooling and associated processes symbolize a change in consciousness. ‘When it comes to molecular contamination, you can no longer manage with just IPA (isopropyl alcohol, ed.) and a UV-A inspection lamp. It is precisely because of this awareness that we are a good partner. We know the world of vacuum technology and can advise the customer on the right applications, without them becoming too extreme.’ Oversizing is therefore of no use to a customer, emphasizes Ferguson. “Fit for purpose is what matters, especially with such investments.”

In order to achieve the ideal conditions for cleaning processes, harmful molecules must therefore be removed from the air. But how do you ensure that, with equipment such as cleaning-baths in a cleanroom? And that in addition to the fact that a cleanroom recirculates about 90 percent of the air? According to Ferguson, the solution lies in a molecular filter, such as an activated carbon package. “Once installed in the filter stage of a flow cabinet or clean room, the package absorbs harmful molecules, including organic components, solvents and other process gases.”

According to Ferguson, developments for a molecular filter are accelerating and making better solutions possible. Such a molecular filter can also be part of ProCleanroom’s clean storage cabinet. That system was developed at the beginning of this year and a model was recently delivered to Hukseflux Thermal Sensors in Delft. Ferguson: ‘The cabinet is mobile or can be used as a fixed installation. Think of it like a flow cabinet in a cleanroom, where the system is flushed with filtered air. The cabinet can also be equipped with molecular filtering such as activated carbon packs, for storing products that have just come out of a bake-out. An ultra-clean storage, in other words, which enables the customer to meet the requirements for cleaning down to the molecular level.’

The fact that the customer-specific cleanliness requirements for ProCleanroom are becoming increasingly strict is also apparent from the cleanroom that the company recently completed at Innovar Cleaning Control in Eindhoven. The cleanroom covers about 300 square meters, meets the highest requirements in terms of finishing and is equipped with an activated carbon package, among other things. In addition, the cleanroom has something that, according to Ferguson, can be seen as another development, in which he refers to ventilation technology. “There are still manufacturers that use AC alternating current motors to drive the fans. They are somewhat cheaper to purchase than DC motors, but ultimately require more maintenance. In addition, they give off more heat and consume more power than DC motors. That is why DC motors, and more specifically EC motors for electronically controlled direct current, are being used more and more. Likewise by us. EC motors may cost a little more when purchased, but immediately lead to lower operating costs. And that benefits a customer the most.”